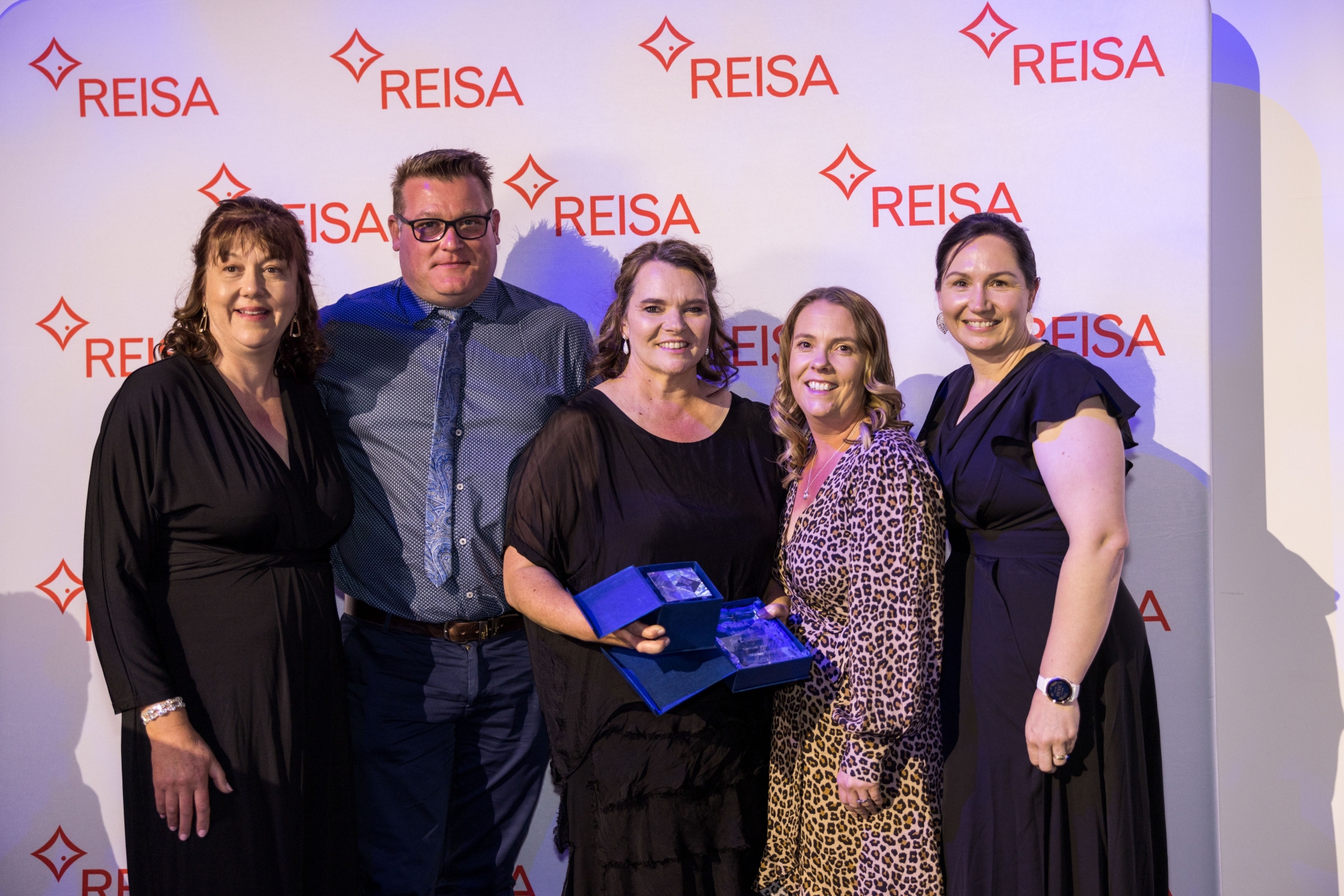 Last weekend, Fiona and the team at South East Property Sales and Management were honoured to attend the REISA Awards for Excellence and the SA Woman Awards.

On Friday night, Fiona was recognised as a finalist for the ‘Regional Women in Business Award’ at the SA Woman Awards. This award acknowledges ‘a regional woman in business who has created a thriving business and is an advocate for her community’. Those who know Fiona understand that this description fits her perfectly. She works tirelessly to not only grow her own company, but to also promote and support other local businesses in the South Eastern community. Her expertise in the industry has proved invaluable for the local community and it was a privilege to see these efforts recognised.

On Saturday, the team attended the REISA Awards for Excellence where they were nominated in several categories which recognise outstanding service in the South Australian real estate industry. The team was ecstatic when Fiona was announced as the winner of ‘Local Residential Salesperson – Regional’. This Award recognises the profession’s most accomplished and respected residential salespersons. Immediately after, the team was announced as the winners of the ‘Community Service’ Award, which acknowledges outstanding altruistic service and support for the community.

These achievements are huge for an independent, regional agency and could not have happened without support from our community. The South East Property team would like to extend a huge thank you to our clients and the local community for your ongoing support and engagement. We are proud to service and represent the Limestone Coast community.